Wisdom for the IT professional, focusing on chaos that is IT systems and architecture.

Leave a comment Posted by Anthony Langsworth on May 18, 2018 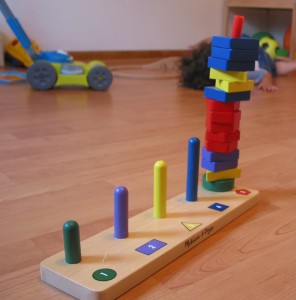 Many people are attracted to software development because they love technology and development. Viewing it more as a hobby they are paid to undertake, they gladly spend time outside work solving that nagging problem, mucking around with the newest framework, contributing to open source software or exploring opinions on Twitter.

There is a subset of software developers that takes this to extremes. It is possible for someone that does not “eat and breathe” code to still take pride in their work, to still be a craftsperson or to want to learn more and improve. However, alpha developers make software development part of their identity and their desire for respect drives them to competitiveness.

From a hiring organization’s perspective, these alpha software developers are wonderful. Their pride dictates they produce high-quality work, often at the expense of their personal time. Training costs are minimal because they already know or quickly assimilate new tools, frameworks or techniques. Their competitiveness can force everyone to produce and learn more. They are happy to leave business decisions to others and focus solely on the technical. While these all have downsides, successful companies have learned to temper them.

However, alpha software developers create barriers. Alpha developers’ pride compels them to take technical leadership roles and demand others live up to their standards. Their knowledge of new tools and techniques and almost overriding urge to try them out can shut out discussions of other solutions. For those less enamoured with software development, alpha developers can be intimidating.

When asked to train others, alpha developers feel that owning one’s technical development and career path is a rite of passage. It is not that they look down on people who know less, more that alpha developers made the effort to train themselves so why should others be given special treatment?

Meanwhile, alpha developers feel their performance is judged on their own output and helping others interferes with that. Indeed, alpha developers will work around other developers if they feel they have to “save the project” by rewriting others’ code or taking on others’ work out of impatience.

This problem is exacerbated when alpha developers move into leadership positions. When hiring new developers, they perceive alpha developers as superior and hire them over others. When evaluating others, they reward alpha qualities.

This relegates non-alpha developers to permanent “junior” roles. This blocks their career progression even though they may be well suited to roles that software development feeds into like business analysis, user experience, consulting, quality assurance, IT administration or solution architecture.

This also risks the competitiveness between alpha developers boiling over to conflict or burnout. Like a sports teams, having too many ego-driven superstars creates problems. Teams work best with people in a variety of roles and software development is a team sport.

Solving a problem like this, particularly something a deeply ingrained in software development culture, is not simple.

The first reaction is to move away from using lines of code or other similarly easily measured metrics as the primary determinants of productivity to ones that indicate the success of the project. This encourages a team-centric view of productivity, not individual-centric.

However, the problem is deeper than that. Like using the term “craftsperson” instead of “craftsman” at the start of this post, we need specific language to drive specific thinking. It is hard to conceive of ways to drive value without terms to describe them.

For example, a “developer experience” engineer could focus on improving the efficiency of existing developers and hastening the onboarding of new developers. While documentation is part of this role, its focus is more on fixing inconsistent APIs, gathering useful diagnostics, ensuring error messages are complete and descriptive, replacing or fixing buggy libraries and improving internal tool reliability.

This role focuses on the productivity of other developers and understanding how they work instead of raw lines of code. This person should not get too involved in the internals of the software. Otherwise, he or she may start to overlook or forgive bad practices.

Another potential role is a “business process integration” engineer. Working on a lower level than a user experience engineer, they look at product customization, integrations and automation/orchestration opportunities. For internal systems, this could be about integrating the system into a Business Process Management (BPM) or workflow solution. For external systems, this is similar to a customer-facing solution architect but works with the code directly to help users customize or leverage the product.

This role requires an understanding of the broader business context, how software is used by the organization and what the organization views as important. It is a good conduit into business analysis or enterprise architecture.

What makes a “good” software developer? 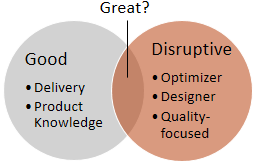 The second skill is product knowledge: knowing where to fix or improve something, the rationale for the current design and impacts of any change – often the hardest parts of software development. This includes the technical ecosystem (what products it integrates or interacts with and how).

This list excludes skills like communication and building a network of contacts. They are important but are not software development specific.

Both delivery and product knowledge provide strong business value. However, does that mean the best software developers are those that have worked on the product the longest? Is “good” synonymous with “experience”?

Similarly, with little design up front, regular pivots, increased visibility and pressure to deliver, Agile practices tend to encourage finding the minimal effort to solve a given problem. The constant focus on delivery may dissuade developers from stepping out of their immediate task and learning how to improve themselves, their process and their team.

Consequently, there are other skills to consider. For example, optimizers examine a process or product, identify its deficiencies and make concrete improvements. Epitomized by Sam Saffron’s recent post, these developers excel at improving nonfunctional aspects (e.g. performance, scalability, security, usability) or automation (e.g. build process). These are the developers constantly pushing for new tools and libraries because they are better, not just because they are shiny and new.

Software developers may also focus on good design. For new products or features, designers focus on how the software works as much as what it does and usually head for the whiteboard first and not an IDE. For established products, designers seek technical debt, fix it and move to the next problem.

Software developers may also be quality-focused. Quality-focused developers consider code incomplete until it is both testable and has automated tests. They often espouse the benefits of Test Driven Development (TDD) and code coverage (an imperfect but useful metric) not necessarily for themselves but as easy ways to encourage (or require) others to focus on quality.

This list is also hardly conclusive. Some software developers may focus on security, others on user interface design and so on.

Optimizers, designers and quality-focused software developers are disruptive and may detract from delivery by focusing too much on improvement. For example, they may spend too much time and effort on switching tools, redesign and over testing. The disruption may extend outside the development team, too. For example, new processes may impact other areas of the business and purchasing new tools may put pressure on budgets.

However, these disruptive developers can drive positive change and be a source of innovation. Without them, software developers would still be writing code in assembler using waterfall processes on computers that filled buildings.

The first consideration is focusing disruptive software developers on important problems, often difficult for managers not used to software developers driving initiatives from the ground up. Changes must be driven to completion and implementation and not just the initial research and proof of concept. Managers also need to make sure all team members can follow and benefit from the improvements, not just team members driving changes.

The second consideration is managing expectations. A disruptive developer brought into the team may expect or be expected to drive change. Setting boundaries and goals beforehand can avoid problems before they occur.

Continual improvement is often mentioned when discussing Agile development processes but it also applies down to the individual level, such as scripts, key bindings, macros or IDE add-ins. It also applies to the organization level, although this is harder for individual software developers to influence.

To look at it another way, great software developers focus on goals and motivations , not just rituals. A good developer may follow Test Driven Development or the SOLID principles but a great developer will know the benefits they bring and when to bend the rules. This is also why great developers learn new languages quickly and apply concepts from one in others.

That said, choosing a great developer is not always the best choice for every role or task. Great developers expect more from an organization. This is not just a higher salary and benefits. They expect to make more of an impact but not every organization can provide or allow that.

The key is to match the software developer to the task, not just find a “good” or even “great” software developer. This requires understanding what the team needs and how developers improve or lose their edge over time, which requires “good” management. However, that is a whole other blog post.

I am a self-motivated, adaptable, outcome-focused enterprise and solution architect that gravitates toward technical leadership roles. My experience covers architecture, management, security and software development roles over 20 years, from multiple startups to global technology companies. I am an inventor of multiple patents; hold a variety of security, IT and agile certifications and contribute to open source software.

I have worked as an enterprise and solution architect at global technology companies like NTT Limited and Symantec. My focus has always been client-facing services, ideally ones that mix software development and IT management.

This blog explores the deeper thinking and processes behind writing software, building IT systems, and how they fit into the wider IT and business landscape.

Opinions expressed in this blog are the author's and not necessarily those of his employer or its affiliates.

The header image and blog icon are from the blog Random Acts of Photography. This is used with kind permission from the author and under the Creative Commons Attribution-Noncommercial-No Derivative Works 3.0 License.